Shop the Bodega for Wine, Beer & Snacks!
Curbside Pickup or Delivery during opening hours.
($50 minimum for delivery, see map below) 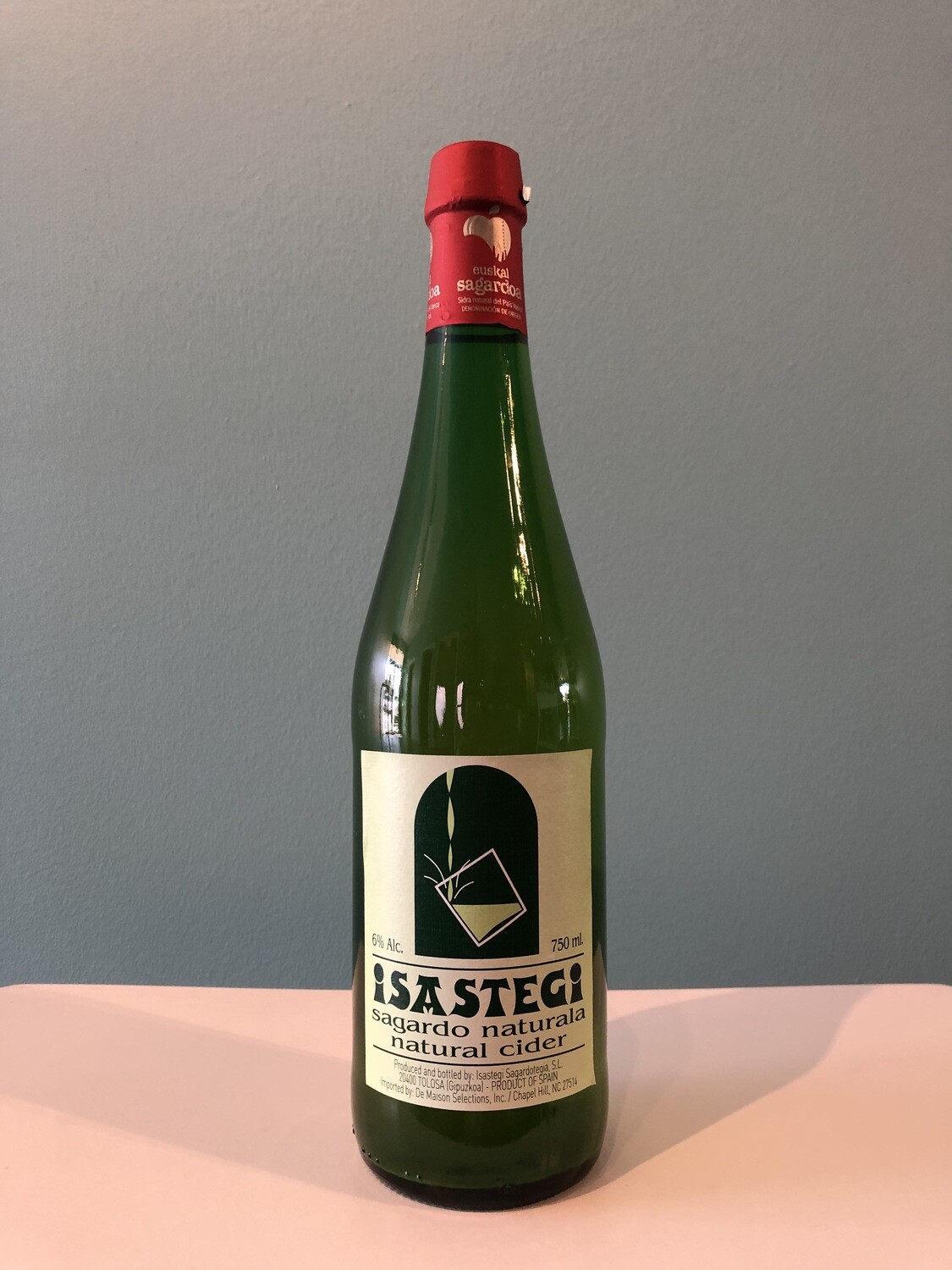 Cider has been produced at the Isastegi farm since at least the 17th century.

The estate was originally covered by pastures for cattle, with only a few apple trees for the family to make a small amount of cider for themselves and neighbors. In 1984 Migel Mari Lasa, with the help of his father Joxe Mari, decided to switch from livestock to cider and began selling their cider to the public. Pastures were replaced by orchards planted with native Basque apple varieties and the house became dedicated to cider production. The third generation at Isastegi is innovating and advancing the quality standard of the previous generations.

Save this product for later
Display prices in: USD